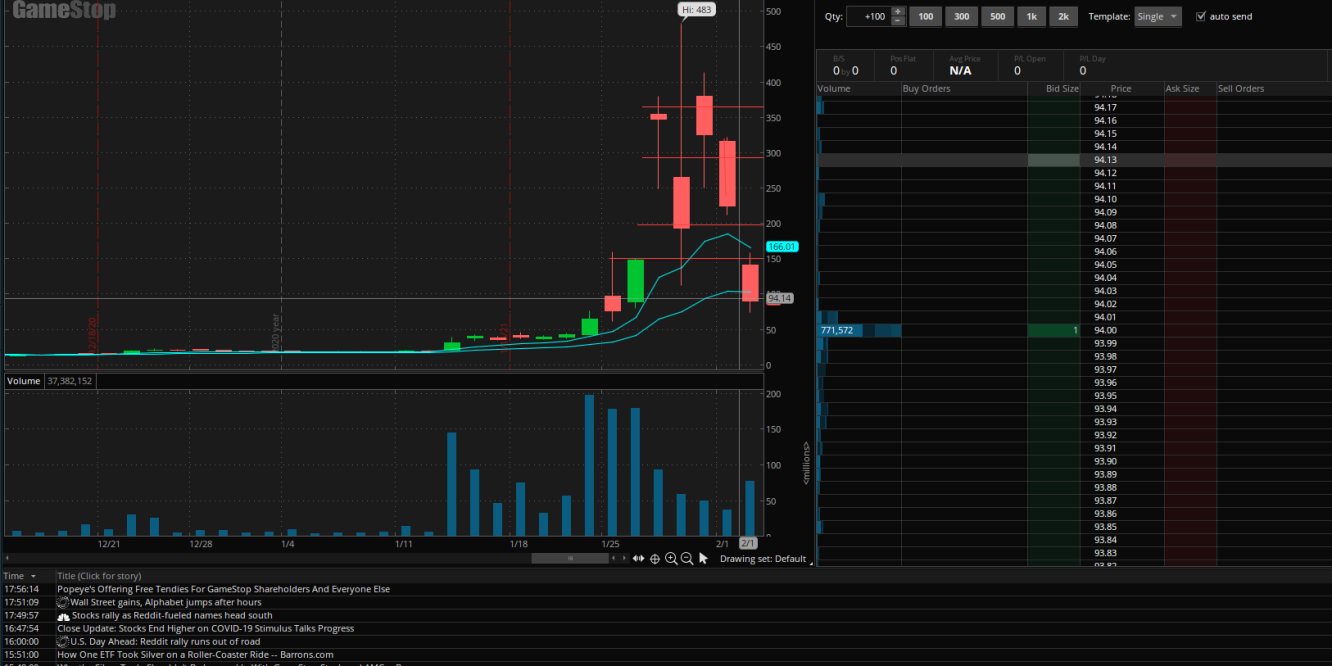 For those of you that have been in a cave for the last week or so, the Stock Market has been crazy. When I say crazy ….. I MEAN CRAZY. Shares of the Company GameStop went to the moon thanks to a movement started on a sub Reddit group dubbed Wall Street Bets!! The move was created by retail traders who took advantage of the investing institutions that had large short holdings in the Retail video game company stock GameStop (GME). It was a massive short squeeze!!

What is a Short Squeeze? Glad you asked. Whenever a stock has a massive amount of its shares being held Short (meaning investors believe the stock will go down) it can be very advantageous for any one that understands that vulnerability! So, lets start with saying that if you sell short a stock the only way to cover your positions would be to buy back shares that you borrowed. See where Im going with this. Once momentum gets pushed against the shorts, the only way to cover your shorts is to become a buyer. Wall Street Bets was able to put power behind the buying to flush out the short sellers creating not only a huge market upset, but a movement that exposed some of the ways wall street prevents retail traders from being included in the momentum. Trading apps like Robin Hood and many other brokers restricted trading on the stocks that were presumed pumped from the sub reddit Wall Street Bets.

Even my current Broker Interactive Brokers restricted GameStop and several others during this episode. To be honest I was trying very hard to Short GameStop myself but that also became restricted……..go figure. Anyway big thanks to Wall Street Bets from……retail traders!!!!

This may turn out to be a very interesting year in the Markets so pay attention!!

Hello everyone, my name is Eric and I am the founder of TheFreedomGrind. I love to trade stocks and futures, It's my passion, and I will never go back. I have taken time, money, and energy learning the market. There is no secret trick, no gimmick that will get you closer to being profitable. It will take time, money, and energy to make gains as a day trader. I created the blog and the YouTube channel to provide as much useful information about trading to anyone who has the desire to become a trader. View all posts by Eric Jobb